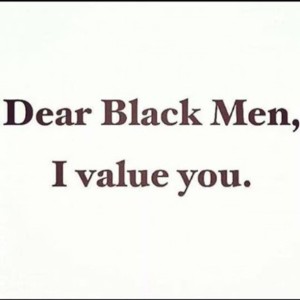 I usually don’t write about race relations and it take a lot to get me riled up, but I’ve seen one too many posts on FaceBook about why we aren’t as upset or outraged by black on black crime compared to when crime involves a black person and someone of another race. I understand that killing is wrong but when an unarmed teenager is shot by law enforcement, someone who took an oath to protect and serve, that’s a huge DIFFERENCE!!! I’m not saying that one life is more valuable than the other, but I do understand why people are beyond upset and tired of this injustice. Let me break it down for you in terms you may or still may not agree with. But no one but me can pick on my sisters. Let someone else start and I’m ready to jump to their defense. Mike Brown represented someone in my family. The fact that my nephew, male cousins and friends can get pulled over and shot by a cop and there be no justice is freaking terrifying!

I don’t cringe or pray when I see a black man in a car behind me like I do when there’s a cop car behind me. Why you ask? Because there’s a DIFFERENCE!!! Just like when an unarmed black teen gets shot with 12 rounds by a white cop. The media wants us to believe that all black men are gang members destined to kill one another.That black women are only good at making babies and living on welfare. Well, we’re not. All 3 of my sisters graduated from college and have all furthered their education. The only “gangs” my male friends are apart of are brotherhoods that mentor the youth in their communities as well as support one another as they better their lives. You didn’t know that people like this exist other than Oprah, the 1st family, and Tyler Perry, right?

Y’all can continue to do nothing about this injustice until you find one more to your liking, like black on black crime, instead of any crime in general. But I’m truly thankful that the black leaders of the past, such as Martin Luther King and Malcolm X didn’t sit back and do nothing until they were on one accord.